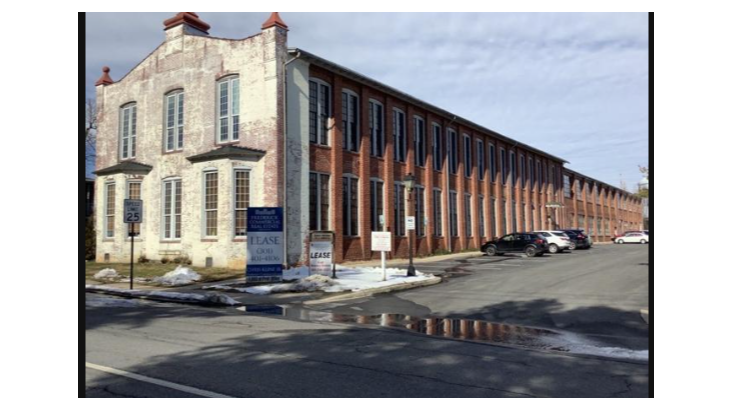 The manufacturing history of the Glass Factory
The property at 241 E. 4th St. is dominated by a long, linear brick building commonly re... More

The manufacturing history of the Glass Factory

The property at 241 E. 4th St. is dominated by a long, linear brick building commonly referred to as the Glass Factory.

This former industrial site stands apart from its residential neighbors situated to the west and the commercial development to the east.

Its inception can be traced back to an Oct. 30, 1919, article in The Frederick News-Post, which announced the planned construction of a new factory.

The unimproved property was previously owned by the Hagerstown and Frederick Railway Co., and was acquired by Joseph Black and Co. from York, Pa. Officers of the company had recently visited Frederick, and evaluated the town’s railroad facilities, living conditions, and workforce in determining that Frederick was an ideal location for their new plant.

Joseph Black and Co. was a well-established manufacturer of high-grade hosiery. The proposed building was to be a modern, daylight factory modeled after another hosiery manufactory in Martinsburg, W.Va. The design included restrooms for the employees, an emergency hospital, recreational grounds, and other features considered necessary for the welfare of workers.

It is not clear how well the actual construction matched the initial vision, as the building lacks some character-defining features traditionally associated with a daylight factory.

In the early 20th century, daylight factories were a popular industrial building type that featured an innovative use of concrete, steel and glass, resulting in a virtually fireproof structure with expansive and open workspaces. The exterior walls typically consist of large, steel sash windows set in a reinforced concrete frame, allowing maximum light in the interior.

The building appears to be a hybrid of the daylight factory style and more traditional industrial architecture of the time. The brick exterior walls are pierced by a row of paired, double-hung windows set between pilasters.

There was a centrally placed entry on the front façade flanked by projecting bay windows. The interior was open concept, as expected in a daylight factory, and featured modern amenities such as electric lights, steam heat and an elevator.

The factory opened in June 1920. By November, there were 29 operators employed, with plans to expand.

Job advertisements seeking “girls” 16 years of age or older regularly appeared in the local newspaper until 1923.

However, by 1925, the property was purchased by Francis X. Staley, who spent the previous 22 years employed at the Monocacy Valley Canning Co. The purpose-built hosiery manufacturing building was about to undergo significant changes.

Staley also purchased an adjoining lot from the Frederick Railway Co., with plans to expand and modify the existing facility to accommodate a modern canning factory.

A new waterline was added. Mayor Lloyd C. Culler, a prominent local builder, was contracted to remodel the existing structure for use as a warehouse and to erect silos, buildings, and a conveyer belt system to process locally produced corn, tomatoes and other crops.

Unfortunately, the harvest of 1926 was a great disappointment, and further economic conditions brought by the Great Depression likely contributed to the demise of the Staley Canning Co. within a few years.

In 1933, the property was purchased by the Frederick Tailoring Co., later rebranded as the Sagner Co.

The business was known for its Northcool men’s clothing line, a national brand, made locally in Frederick. A 1948 advertisement from Life Magazine boasts that “buying Northcool would be an admirable choice if for no other reason that the sheer coolness of the stay-fresh, wrinkle resistant fabric.”

For the 1960 Summer Olympics in Rome, the company donated 500 blazer-type coats to be worn by male Olympians. The coats were cut at the company’s Wisner Street plant, and sewed at the Fourth Street factory, where the official Olympic insignia patch was added.

Although the Sagner Co. closed in 1974, many local residents still associate the site with the former clothing manufacturer.

In the late 1980s, the old factory was repurposed for manufacturing vinyl windows, but by the mid-1990s, the building was modified again, this time as a large office complex with more than 36,000 square feet of office space.